Once upon a time, half a century ago, about 12 kilometres West of Ramstein, Germany, the American Air Force made much noise with their Star Fighters. There were no chemtrails, or at least, no one, or next to no one, had recognized them by then, and we children betted on which of the ten or so planes in the sky would be next to break the sound barrier. To all those who have never experienced such phenomena: The cups in the cupboard were shaking.

While such events can be quite interesting from the perspective of physics, experiencing that about 50 times a day can get a bit bothersome. At school, we were told that in the event of a war, we would be the first to be killed, as, for the Russians, there was hardly a more alluring target than Ramstein, the largest military airport in Europe. This was how they kept us in constant fear and anticipation of a war.

At that time, in Miesau, a small village in Rhineland-Palatinate, we ate a lot of potato pancakes and apple pie. Maybe that’s why I’m still so fit at 59. Potatoes were stored dark and dry in the cellar and had shoots of up to 30 centimeters, if I remember correctly. But that was no problem. Grandma peeled and prepared them, and they tasted great. They were the opposite of today’s culinary temptations, but they were the basis of our diet without us ever complaining about it.

The apples were lying on the shelf next to the potatoes and, they too, became uglier from week to week – no chance against Granny Smith. They shrivelled, lost fluid and became sweeter as a result. Without sugar, Grandma made first class apple pie and served it, always, with her irresistible potato pancakes. I still remember that aroma to this day.

At that time, we might not have survived a nuclear war with organic potatoes and organic apples, but at least we would not have starved to death immediately after a crash. Because money was considered a scarce commodity in our family, we ate the stuff almost every day. Meat was not eaten more than once a week and McDonald’s so-called “food” wasn’t introduced to the area until the late 70s.

Hopefully, we will have a few more years to prepare before “SHTF”, but events indicate that we are taking the exponential curve ever harder. Larger “things” seem to be within reach and when the gates to hell finally open, it will be all too clear that there will not enough apple pie and potato pancakes to keep people from starving.

There are too few apple trees left along bumpy country roads, on which organic apples grow which can be stored for months. Likewise, there too few organic potatoes being grown, and even less so are they left to grow foot-long sprouts on the cellar shelf whilst waiting for summer, when more food can be grown. At the most, there are not nearly enough organic apples and organic potatoes to feed everybody.

The same applies to other organic food and to all other industrialized countries. And as far as the development of the population is concerned, today there are not enough grandmothers who can prepare this dish and comfort us by telling us about their experiences, about suffering in the war and hunger, as many are suffering of obesity.

After a crash, people will be forced to return to organic food, but it will take quite a while until the fields, which have been abused with chemicals for decades, will produce enough organic potatoes to serve as a meager food supply. Even longer will it take for apple trees to be able to produce the minimal amount of organic apples to feed what is, in scope of today’s human population, a very small population; it will likely take a whole generation.

Surviving on GMO (Genetically Modified Organism) produce, and highly dependent plant breeds which depend on chemical treatment and highly artificial conditions to yield (such as Granny Smith apples, which rot in a matter of weeks), is highly impractical in the event of a major crash, to the extreme. Moreover, both will cease to exist, once the crash is initiated. In regards to the absolute spoiled majority of the last five decades in the Western world, mass survival in such a situation is, frankly, unthinkable.

This then begs the question: What alternative foods will be available? In my humble opinion, the answer is: “None!” Modern people store about as few food reserves as they have ideas about the seriousness of the situation: None! In truth, the German government’s call for the bunkering of some food should only be seen as an alibi. This topic is seldom, if never, mentioned in the controlled mass media, and likewise, there is little opportunity for bunkering large quantities of food in the city anyhow. Today, organic apples and potatoes are bought by a tiny minority, but only because they are organic and not for a basis to survive the first winter after the crash. Homo-destructivus has much more important things to do than store food…

According to statistics from 2014, only 4% of all food consumed in Germany is organic. Since about half of all organic products are being imported, it may be safely assumed that only 2% of all food in Germany is organically produced. This makes us wonder: Where will 98% of the current food supply come from when Genetically Modified products and chemical pesticides/fertilizers are no longer available? The situation we are facing in Germany more or less applies to nearly all countries in the Western world.

As soon as “SHTF”, there will be traffic jams at the gas stations with as many heated debates about the distribution of fuel as there are people arriving. Without electricity, no pumps will be running. Nonetheless, everyone will be just as eager to get the precious juice into their tanks. Those who have enough fuel might go to the next gas station, only to be faced with the same situation. With increasing anxiousness, the underground tanks will eventually be opened by force to remove gas and diesel in buckets. It’s not very difficult to imagine what may happen then.

At the same time, all shops will be emptied. In the beginning, people will intend to buy the goods, but once their credit cards cease to work, the same violent looting, as took place in the gas stations, will occur. It is only a matter of time, albeit very little time, before the mob starts looting and fighting, and soon thereafter, the market will close. Perhaps they will be “open” because the doors were torn out of their frames, but before long, won’t sell anything anymore; the last looters will even take the shelves with them. Without electricity, there will be no comforting words from politicians on TV and even the melting chocolate ice cream, which has to be eaten quickly because the freezer is no longer in service, is no longer of any comfort. 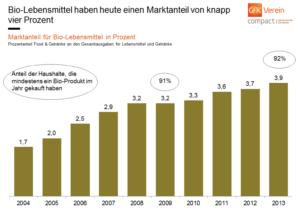 Surviving a month without food is possible, but without water it gets tight after only two days. Now, please don’t argue that there are lakes from which you may get clean water. To do that, you would have to get to that lake, and that’s simply not possible. First of all you don’t go anywhere without food and secondly, many people are in need of the same water. That’s what makes the journey impossible – especially in winter! The exception to the rule is, of course, if you are living next to a lake with clean water, in an area with a low population density.

Those make it to the villages will not find shelter there because too many townspeople have already arrived. And because they are desperately looking for anything digestible, there also will be considerable differences of opinion about the distribution of food, in the countryside. Police officers will probably follow orders on the first day after the crash. Once they have understood that this is not a “normal event”, they will go home to protect their family with their weapons. Help from the government, therefore, should not be expected.

For that reason, after “SHTF”, a large part of the population will stay frustrated in their homes, doing nothing. Without food people won’t be strong enough to organize themselves. If you don’t drink for two days, you will not even be able to break in your neighbor’s apartment to see if there is anything you may “share” with them. Even fewer will then be able to resist militantly in the streets in an organized manner. And then… against whom should they organize themselves, apart from “everyone against everyone”?

It must also be assumed that a major event, such as a crash, is not going to happen by chance, and can therefore be expected in the deepest winter, though likely not during the harvest.

Considering the above, I am coming to the following conclusion: A large part of modern society will not be able to survive a crash, period. The well-known scenario of the New World Order, according to which 90% of the population is to be eradicated, sends its greetings. A crash does not even require direct violence to eliminate the greater part of humanity.

Over the course of less than a century, modern-day junkies have been successfully educated to be totally dependent on the fragile structure of the system to work as smoothly (artificially) as they’ve always known it to. The electricity comes from the power outlet, the money is in the bank. If the socket is dead and the bank is closed, Homo-modernus will have a problem, because 99.9% of all modern contemporaries have no “Plan B”. How could they? They are too busy in the hamster wheel to even be aware of the wheel. 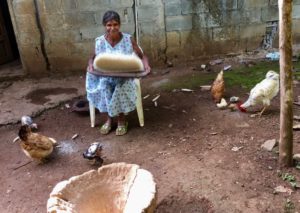 And yet, there are “others”!

We are in the year 2018, and the whole world is highly concerned with the idea of paying interest. Wait, the whole world? No! A small group of “extremists” never stop thinking about their future wondering how to prepare for a crash. They are not storing food because the stores may be broken into by hungry neighbors. But, more importantly, these “extremists” do not believe that life in the cold countries of the modern world will be possible. For there, the confiscation of food-producing companies will very likely be on the agenda, as the elite do not believe in going to bed hungry.

Buying a farm up-country, in the Western World, is therefore not a solution because “your” government may easily take it over after “SHTF”. It can also be reasonably expected that a few million deer and other natural animals in the forests will be quickly eaten; though wiping them out completely makes no more than a few meals per person.

The mere act of finding blueberries burns more calories than they contain. And in the case of fishing, any fish that were caught would need to be eaten alive immediately, as food transportation is quite risky business, in multiple senses, when the population is starving. The whole population? No! A small group of so-called “extremists” had decided, relatively early on, to prepare for such a not-so-unpredictable event. While they may not have any magic potions or spells, they do have one thing that is, unfortunately, lacking in the absolute majority of the modern human population: the ability and willingness to take the future and its very real dangers into serious consideration, and moreover, to act such considerations.

In other words: The absolute majority of the population in the Western World’s “cold countries” will not survive a crash, period. Only in tropical regions may food may be produced year-round. It cannot be ruled out that problems may also arise in Panama after a total collapse. But, since will always be something to eat and drink, we certainly have better cards here. Any questions?