This Is Why I Left Germany

In 1989, I believed that the reunification of Germany was real – a few years later did I come to terms with the conclusion that this was not the case. It was reported that a system that had pulled the strings in East Germany, with an iron fist, for over 40 years, was brought to its knees by only a hand full of demonstrators. How naive must I have been to believe that? Today, the so-called “We Are the People Movement” of 1989, in East Germany, appears to fit well into the “color-revolution” scheme, only that there was no color by that time.

East-Elites, like Romania’s Ceaușescu and East Germany’s Honecker, knew quite well that they were puppets on the string. They had to obey orders from Moscow, but at the same time, they still believed that they fought for their own cause. By then, I would not have dared to assume that even Soviet Leaders were receiving orders from somewhere else, but so it was. 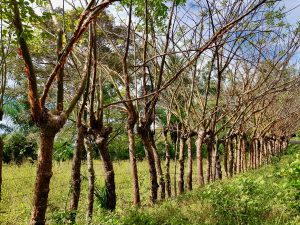 Like others, I believed that the Soviet Union was a sovereign Superpower, but my opinion had thereafter changed. It was ruled by the same few who rule over the rest of the world. By the end of 1989, the winds of change started blowing. While Honecker was allowed to exile in Moscow, Ceaușescu was sentenced to death after a few minutes’ trial, together with his wife. They were immediately executed in the backyard and buried in the woods. The main difference between the German and the Romanian “solution” may have been that Germans assumed that they were more civilized, since quick backyard verdicts were not “Made in Germany”. However, Honecker’s punishment may have been even harder, as they left him alive in exile only to watch his communist system crumble. The East-Elites were so real that they didn’t even have a Swiss bank account.

Like almost all other contemporaries, I was enthusiastic about the fall of the Berlin Wall and I thought that circumstances would only get better, especially in terms of money and freedom. At last, we were able to leave the West-Berlin city area without special permission from communist East Berlin, whom we were surrounded by, and I was expecting that an increasing number of customers would have a very positive effect on my business in Kreuzberg.

We lived close to the wall and after the East was opened, no longer were we at the end of the world, but in the middle of it all! At that time, it had not occurred to me that the alleged “peaceful revolution” of Eastern Europe was yet another act of theatre, namely the penultimate act. I did not have time to think of politics, after all, money was lying in the street and those who knew how to bend down to pick it up had little reason to complain.

As much as we all thought that the reunification of Germany was a real and serious thing, it turned out to be a big lie, as it was only done to keep the Western debt money casino alive. To this day, the vast majority of the population does not understand that Eastern Europe has only been opened in order to build more debt and to be able to service old interest payment in the West with new loans taken on East European properties. Only new loans bring fresh money into circulation, and only it is with this fresh money that interest on old loans can be paid. It’s as simple as that! As soon as I had realized that it is exclusively international big business that decides our national fate, I lost my faith in patriotic thoughts. 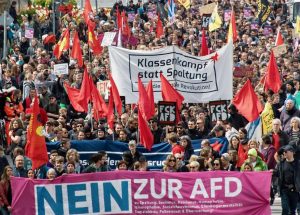 how long will demonstrations be peaceful?

Before the fall of the Wall, millions of square kilometers of land in Eastern Europe had not yet had loans taken on them because they were, according to the “official” story, subject to the communist experiment. In reality, however, the East was a debt reserve to the Western financial system, which would only be made use of when it was really needed. In 1990, that time had come: without the public having the slightest clue as to what was really going on behind the scenes, the Western system was already on the brink of the crash. After the iron curtain had been opened, enormous areas of land in Eastern Europe were returned to their legal owners or sold cheaply, for the purpose of creating new loans in order to keep the now even more bloated debt-casino running. If there hadn’t been a reserve in the East, the Western financial system, as we know it, would now be a long gone thing of the past.

Conversely, Eastern Germany, and with it, the entire Eastern Block, would still continue to exist today, had the debt-money system not been so close to a collapse in the late 80s or sometime after. But, had that not been the case, there would be no Finca Bayano, as it would be unneeded.

Most probably, this penultimate act was planned in 1945, or long before, together with the Russians, because it is absolutely impossible that major events, especially in the center of Europe, happen by chance. Consequently, there was never the danger of a cold war – only a cold theatre. Today we are in the last act of this theatre, but as there is no more reserve that could be made use of, in the end, there might even be a war between Russia and the USA, in order to generate new debt from war loans, as war is very costly to all nations involved.

After having gained, in the late 1990s, what I believed to be a general understanding of how the system works, there was no more reason for me to stay in Europe. Although lies are sold as truth worldwide, there are places where this fact is climatically easier to bear, and where you pay less taxes. However, it took another decade until the idea of building a project like Finca Bayano came to me.

From 2000 to 2002 I leased my business in Berlin and sailed through the Caribbean. Had I not lost too much money during the 2001 stock market crash because of my greed, I might not have returned to Berlin.

During the nineties, I read many books, but the more I read the more clueless I became. How could I have known who was telling the truth back then? There was no one I could talk to on this topic, and it was not until the Internet became accessible that I was able to get the information that I needed. From then on, things were easy to find and easy to understand.

Back then, some clever minds had already written that the crash would be near, should a zero interest rate and a ban on cash be discussed openly. My skepticism surrounding the issue further deepened, and in 2008, as it became clear to me that this would happen, I decided not to witness the last act of the debt money theatre in Central Europe.

Fortunately, the crash has not happened yet and we have some more time to prepare. However, ten years ago, I would have expected it to have happened much earlier. As I didn’t want to serve my life as an interest slave at the bottom of the food chain of an insatiable casino, in 2009, I decided to let go and emigrate.

In school, we were told in history class of the injustice that happened to people in the Middle Ages – that they had to pay a tenth of their gross income to their landlords. I experienced a similar injustice in the opposite sense: After deducting my costs and transferring taxes to the inland revenue, in the last year of my self-employment, I was left with only the tenth of my gross income.

My last departure from Berlin was in 2009, although I was not aware that it would be at the time. I haven’t been in Germany for more than eight years and I have to say that I really don’t miss the country. While there are a few things that I do miss from Germany, there are also things lacking in Germany that I have found in Panama, especially as far as nature and climate are concerned.

I am not on a holiday at Finca Bayano, as some people still suspect, but I am working on a project that I am completely serious about, and which is capturing the interest of other people as well. I am well informed of what goes on in the world, but of course, as Germany is my native country, it is Germany I am mostly interested in. Perhaps I shouldn’t have left the country that early, because I could have earned a few more marks to have an even more comfortable reserve in Panama, but really, I didn’t want to miss the last flight.

Looking back, I believe my decision was right. Those who left Germany in the 1930s in time could watch dark stages of German history from a distance. I prefer to watch the final blackout from the other side of the Atlantic, as I am not one of those optimists who believe that it will magically become better, despite all reason. Also, believing that it has to get worse before it gets better is completely false, in my opinion. The multicultural society, in times of mass media madness, is at its end, and therefore, my opinion is:

It Will Get Much Worse Before it Gets Worst!