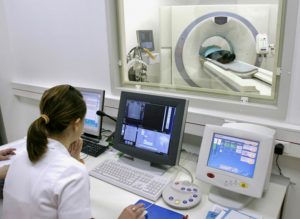 Healthcare is just one of the many aspects that you should take into account when looking for your future home. Those hoping to emigrate to Panama can go ahead and breathe a cautious sigh of relief: Healthcare in Panama is generally good in both public and private hospitals. Most of the larger institutions are kept up to date with modern technologies and procedures. While the country’s healthcare system is certainly not without flaws, many people have actually cited it as one of the best things about living in Panama. However, like almost anything else in Central America, it can vary greatly depending on where you go. As a general rule, the best facilities and physicians are located in Panama City, however, some other areas are starting to catch up. For instance, Hospital Chiriquí, where mostly foreigners from the Boquete region are treated, provides an even better level of service than many in the city. It’s a smaller facility and may not be equipped to treat certain specialized cases, but is quite capable for most procedures.

Panama boasts several state-of-the art private hospitals, many of which are associated with renowned facilities in the USA. Punta Pacifica, located in Panama City, is considered the most technologically-advanced hospital in Latin America and is affiliated with the Johns Hopkins Hospital in Baltimore, Maryland. The hospital is equipped with features such as videoconferencing capabilities to allow for information sharing and education. Otherwise, Panama City is home to three other major hospitals, and there are two modern facilities in Davíd as well. Others are scattered throughout the country. Because the nation is small, it’s difficult to find yourself more than one to two hours from a modern hospital. The more heavily populated areas are also home to other health care providers such as dentists and eye doctors.

Panama also has a number of public hospitals, which are funded by the Ministry of Health and the Social Security System. Health care, subsidized by the government, is also available to foreigners with a residence permit. Minor treatments are free of charge – the admission fee is one dollar. As the quality of this care is not optimal, most foreigners prefer international health insurances which cover them everywhere in the world. Of course, free of charge won’t get you the same specialized attention you would receive at a private facility, nevertheless, some public hospitals with modern technology are quite good. Soná is a very good example. Fortunately, we never had serious problems to be treated, however, we were always being well looked after in that hospital.

One of the highlights of the Panamanian healthcare system is the quality of its medical professionals. The doctors are well trained, often in the USA, and most are bilingual. The quality of medical care you’ll receive rivals that of many hospitals in the USA, Canada, and Europe. While nurses do not receive the same level of training as those in most Western countries, both them as well as the physicians are often being described as having an attitude of compassion that is not often seen in their first-world counterparts.

As opposed to habits in Western Countries, where visits are usually worked over by a nurse and then followed briefly by a doctor who whisks in for a minute before rushing off to see another patient, it’s not uncommon for a Panamanian doctor to spend 30 minutes to an hour with you in his office. In addition to this one-on-one attention, you may be given your doctor’s home or even cellular phone number and email address.

Something that’s important for people who intend to emigrate to Panama is to understand about the country’s healthcare system is the disparity between the well-trained, well-meaning physicians and their ability to meet wide-ranging needs with the limited resources available to them. Collectively, Panama’s hospitals have all the know-how and equipment they need. Individually, they may be unable to treat some of the more unique situations that might arise. So the good news is that, whatever your condition, there’s probably a hospital that specializes in it. The bad news is that you will need to be more proactive in choosing your physician than you may be used to.

Another common frustration often is the inconsistency among Panama’s healthcare providers. I have mentioned the differences between public and private health care, but even among privately-owned facilities the care can often vary greatly. A good idea is to ask around for recommendations on physicians. Again, because Panamanian doctors aren’t subject to a lot of the same scrutiny as those in Western countries it can’t hurt to do your research. Don’t take for granted that they can be trusted simply because they’re physicians.  If you’re concerned with being left in the dark regarding your health conditions, it’s best to consider your options ahead of time. The language barrier is often another area of concern for many foreigners. While many doctors speak English, not all do. A visit to the hospital administrator’s office can quickly answer the question of whether the hospital offers a translator and whether those services are included in the hospital fees.

Although many would-be emigrants are probably beyond tired of hearing health insurance debated in their home country, it’s nevertheless something they’ll need to consider when emigrating to Latin American. Although, there is no insurance obligation, the good news is that there are many affordable options available. Private health care is affordable even by local standards. For that reason, many Panamanians prefer it to what the government offers. Most foreign health insurance plans are accepted in Panama. To be on the safe side, ask your insurance company whether you are covered in Panama. Locally, there are HMO plans, which offer total reimbursement of services from in-network providers, as well as international plans, which allow patients to obtain treatment anywhere including places outside of Panama. Many private hospitals also offer membership plans, which give participants hefty discounts on procedures performed at that facility only.

When comparing the different aspects of health care in Panama, low costs are another big plus for the pro-column. Prices of services and medicines are drastically less than those of first-world countries, with procedures costing as little as one half to one fourth of the cost of what they would run in Western countries. While this may seem absurdly low, the ratio of health care costs to wages is quite proportionate, since many Panamanians earn around $500 per month. Another major reason for the low cost is that the overall health care system is far less litigious than in many other countries. With fewer frivolous lawsuits to threaten their livelihood, doctors pay less for malpractice insurance. The savings are passed on to the patient. For instance, a visit to a specialist costs about $50. A trip to the ER runs around $100, which is less than a US co-payment for the same visit. Procedures such as MRI’s are a mere $500, and a facelift can be performed for only about $1,700. Prescription drugs also cost less, and many medications that must be dispensed by a pharmacist in the US are available over-the-counter in Panama. However, drugs often have completely different names and it is therefore advisable to consult a doctor first. As a result of the low costs, insurance is also much cheaper for a good amount of coverage. In the CMP, however, prices are on a first world level, as demanding procedures with first-class treatment are carried out there.

This source says that Panama is among the five best countries for affordable health care. Because of the low costs of treatment and the many attractions the area has to offer, Panama is becoming a hotspot for medical tourism. Many foreigners travel to the country to undergo expensive or even elective procedures, since they can be obtained at such a great value. Additional benefits are its proximity to and ease of access from the USA as well as its use of the US dollar as its currency. In addition to the low cost and high quality of Panama’s health care, foreigners are also clueing in to the fact that it’s just not a bad place to recuperate. Its many spas and resorts are quite conducive to the recovery process, making it awfully easy to turn your medical procedure into a much-needed vacation. Medical tourism companies make the process a simple one by arranging for practically every aspect of the trip. They can book everything from air travel to hotel accommodations to the procedure itself.

From Finca Bayano it’s 40 kilometers to the nearest modern hospital in Soná. Rescue helicopters are not available in our area, so you should drive a little slower. Ambulance vehicles are generally in good condition. .

Visitors can get a free health insurance for the first thirty days of their stay in Panama, however, only when they are entering via Tocumen Airport. Information can be found in Tourist Insurance Brochures, Seguro al Turista, at Tocumen Airport. Insured are:

It also covers legal assistance and costs for lost and stolen documents. Incidents related to alcohol, drugs, negligence and extreme sports are not covered.

In case of a collapse

After writing about the present Panamanian health system, eventually I am coming back to the core of this website. Once the system of the Western World collapses and civil wars ensue, you want to make sure to be in a place which is affected least by the trouble that certainly will occur by then. As I said before, there is no guarantee in Panama, however, it may be well assumed that Finca Bayano is the better place to be if shtf because:

Food and natural remedies may be produced in Panama all year round.