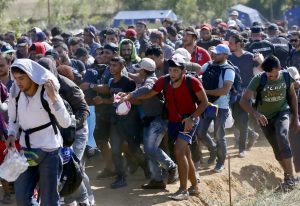 As we all know, the whole region between Turkey and India is a powder keg and we can assume that a war in the Middle East has been planned for years. Only one spark is missing and life – especially in Europe and Asia – will change dramatically. Since all the opponents have been preparing for this conflict for decades, it is to be expected that the population will suffer extremely and the markets will collapse as soon as the great war begins. The result will be distortions that will last for decades. As a reminder, the last major crisis in Europe lasted from 1914 to 1945; Germany, which was particularly hard hit, did not recover until the mid-1950s – in other words: it took Germany four decades to recover from that extreme crisis. 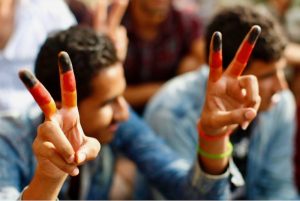 Probably the rest of the world, Panama included, will be affected by a military conflict in the Middle East. It is possible that an extreme rise in oil prices will have to be absorbed in the event of a war. What will be much more decisive, however, is a wave of refugees of unprecedented dimensions and impact, which will affect Europe in particular. Turkey alone is said to be home to some four million Syrians; a further 25 million refugees are spread across neighboring countries. If there is a major war in the Middle East, it will not only be people already living in refugee camps who will make their way to the “promised land”. Millions of others, who are still living a normal life today, will become refugees and see no other way out than to flee to Europe. Perhaps, then more than a hundred million people – almost only Muslims – will make their way to the north-west! 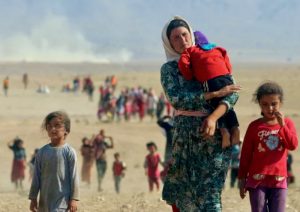 Since we must assume that wars do not “break out” but are prepared, organised and provoked, and because ultimately nothing is left to chance, the timing is perfect: the banks are on the verge of collapse, debt is gigantic, the demographic development of Europe could not be worse, the economy is going into decline, the continent is saturated with immigrants, society is divided as never before, corruption and crime are at their all-time high. Seven billion people keep on polluting the planet more and more, and groundwater levels are at their lowest in the world. In other words, a crisis of unprecedented proportions is emerging! 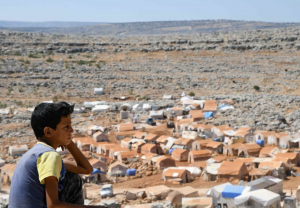 It would be fitting if millions of people came over the Balkans in snow and rain at the beginning of the cold season. The borders are still wide open and even at the last elections in the new federal states it became clear that three quarters of the population are in favour of “Weiter-So”. For this reason, the “quality media” are once again calling on the good-hearted to take in pictures of crying children and women lying freezing by the wayside. If there is a big war, real refugees will come as a result and not, as in 2015, people who only want a better life. Therefore an extreme receptiveness is to be reckoned with. 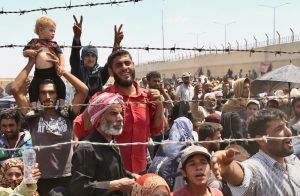 A refugee train of 100,000,000 cannot be stopped, because border guards no longer exist and a pan-European coordinated military defence has never been established. Orban’s fence will not be an obstacle and the fact that it was not a good idea to emigrate to an Eastern European country and buy real estate there will become apparent at the latest when these countries are also overrun by refugees. In my opinion, anyone who wants to emigrate “close to home” and assumes that Eastern Europe lies outside an assumed epicentre of future civil wars is betting on the wrong horse. The most important thing, however, is that in the event of an extreme refugee movement you will not be able to get out of Europe because it will come to a total collapse. 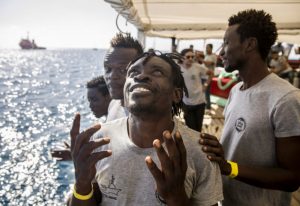 If you assume that I am exaggerating with what I am writing, you probably did not assume in summer 2015 that two million would march into Europe in autumn of the same year; but that was only the prelude to 2020. The most intelligent solution is therefore the following: Watch the final of Europe from the other – the better – side of the Atlantic. We may not remain calm, but compared to the storm that is blowing up in Europe, we in Panama are certainly in the doldrums. The good times in Europe are now finally over and only if you prepare yourself in time can you save what you have created over many years. 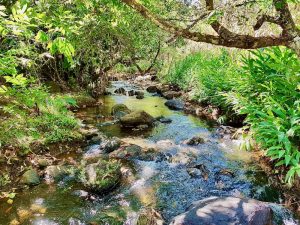 Therefore, I suggest that you now set the first basic requirement for applying for your residence permit by setting up a company in Panama. The formation of a company is also the only step you can take from outside Panama; the price is €1,800. Those who start it after arriving in Panama will have to expect a delay of up to two weeks, because only when the company is formed can the application for a residence permit be made. Many applicants do not have this time and therefore it is better if you found the company before your arrival in Panama. It gets even narrower for visitors who want to get to know Panama first. Who knows if the time for another visit – a few months later – will be left at all? 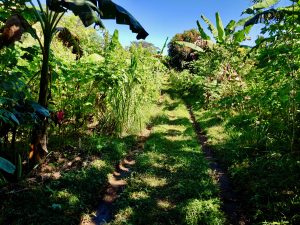 If you set up a company before your arrival in Panama and then realize that you don’t like the country after all – which I doubt – you set up the company “for free”, because in this case you wouldn’t apply for a residence permit and you wouldn’t need the company; so you would have spent €1,800 “for free”. But if you like Panama and you want to buy land on the Finca Bayano, you have to travel less once to get your residence permit, because you can “take off” immediately after your arrival, if you have already founded the company. This will save you about $2,500 and you will receive your residence permit a few months earlier. The more time goes by, the more precious it becomes and you probably assume that we don’t have too much time left to prepare. In other words, there is basically no risk of starting a company right now – before you arrive in Panama. As soon as you arrive in Panama, you can start applying for a residence permit. Another basic requirement is the opening of an account, which you can only do in Panama City. I will gladly help you by telling you what documents you need, by having them translated, by connecting you with a very good lawyer and by advising you in every respect. 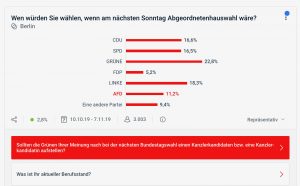 Experience shows that future emigrants who take the first step to start a company in Panama feel better afterwards, because this step is a step in the right direction to build a plan B. After all, it is better to have such a plan when it is needed than to hope never to need it. If you now say that it is not easy to give up your homeland in order to emigrate, I would point out that in reality it is the other way round: your homeland has given you up! Completely and completely! According to a survey by the magazine Fokus, almost everyone in Germany has a different opinion than you: 88% are in favour of the block parties! I don’t mean to say that you should vote AfD if you don’t do it yet, because this party can’t save the country any more, but whoever votes CDUCSUSPDFDPGRÜNLINKS wants everything to go on just like the last years. Where this must lead is obvious.