How To Get To Finca Bayano 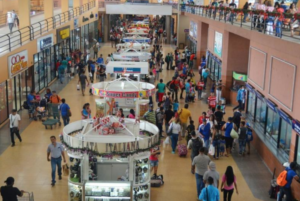 A taxi ride from the city center to the Albrook bus terminal costs five dollars and takes, more or less, about one hour, depending on the traffic and the location of the hotel. This price should be negotiated before departure to avoid misunderstandings with the cab driver. There are no taximeters in Panama and taxi drivers will often try to charge foreigners a higher price if they believe that they do not know any better. English is hardly spoken in Panama, but normally it should not be difficult to make the driver understand that want you to go to the Santiago bus stop at the Albrook terminal.

From Albrook, a bus leaves to Santiago every 30 minutes; the journey with a modern bus on a well-maintained four-lane road takes about five hours. A ticket must be purchased at the counter in the lobby before departure, and the price is nine dollars. Busses are generally in good condition and using them as a method of travel is typically safe at all hours of the day. However, the air conditioning system is always set to its lowest level, which is why I recommend having a pullover at hand. 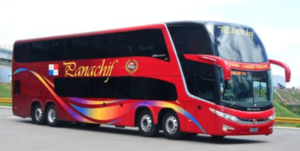 The bus station in Santiago is quite small and it is therefore no problem to find a vehicle to Las Palmas de Veraguas. Minibuses with a carrying capacity of 15 to 20 passengers leave at one-hour intervals between 7 AM and 7 PM. The price is $3.25 and the journey takes about two hours. Once you are in Las Palmas, there are five taxis that take passengers to our house in Garnadera de Las Palmas for a price of five dollars. This price should also be negotiated before departure. All taxi drivers know us and as a rule all foreign visitors arriving in Las Palmas come to Finca Bayano. Once you are leaving Santiago, I would be happy to make you a taxi reservation. The driver will wait for you at the bus terminal and make sure that you arrive safely to our house in Garnadera. 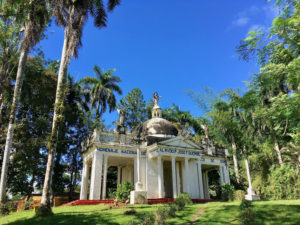 The nicest building in Soná.

I recommend leaving the hotel in Panama City at about eight o’clock in the morning to arrive one hour later in Albrook. The waiting time for a bus to Santiago is a maximum of half an hour, so that you may arrive as soon as 3 PM in Santiago. There, the waiting time for a minibus to Las Palmas shouldn’t be more than one hour. The journey to Las Palmas takes two hours, so that you can expect to arrive there around 6 PM. It takes about 15 minutes by taxi from Las Palmas to our house, opposite the Catholic Church, in Garnadera. Visitors who follow this advice usually arrive at our house before 6 PM. I highly recommend leaving Albrook before 1 PM, as there are traffic jams heading out of Panama City, and you want to make sure that you arrive early enough in Santiago to bel able to continue your journey to Las Palmas before nightfall. It gets dark throughout the year at around 630 PM. Nonetheless, it’s also safe to travel at night time.

Traveling With a Rental Car

If you decide to rent a car, you should not exceed the indicated speed limit. Police very often have radar guns, especially between Panama City and Santiago, but in the rest of the country as well. Serious fines are often imposed for speeding offences. In general, I recommend traveling by public transport, as it’s cheaper and less stressful. If you spend several days with us, and you want to see more of Panama afterwards, you can rent a car in Santiago, alternatively. There are two ways to get to Las Palmas from Santiago. One way is through the direct route from the Panamerican Highway to Las Palmas. An alternative way would be through the route via Soná. The distance and duration are roughly the same. I recommend leaving the Panamerican Highway in Santiago to drive via Soná to Las Palmas, as this route is much more geographically challenging and, thus, there are normally no radar controls. However, this is not a recommendation to drive too fast.

You don’t need a four-wheel drive vehicle to get to our house. The cost of a rental car is about $300 a week. The roads to Finca Bayano range from good to very good – only the last three kilometers are a bit bumpy, but any normal vehicle may pass without much issue.