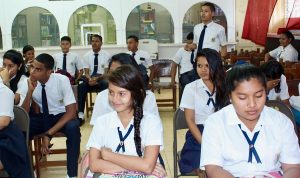 People often ask me about the education system in Panama. I use to respond that Western schools and universities, as well as the training of apprentices, are meeting the demands of modern times better today, however, in my opinion, the much more important question is another one: what will the future education be like after shtf. I believe, the standard will be worse than it was in Germany after the war, when many schools were in ruins and a large number of teachers had died in the war or were held prisoners of war. Possibly, there won’t be classes any more after shtf.

If you look at the decline of the Western education system, you might sense evil. What can be expected, however, if there are classes in many places where the majority of pupils not only come from other countries, but also from completely foreign cultures? This has already led to a drop in performance and will continue to reduce the quality of future education. The fact that this possible, is due to the creeping development – every year a little worse, does not attract too much attention. If the deterioration of the education system of the last decades would have come overnight, parents would have gone to the barricades.

While the illiteracy rate is rising in Western countries, it is declining in Panama. Even in small villages, like Garnadera, there are schools. Opposite Finca Bayano there is a primary school for children for the classes one to six, the so-called primary school. Students of grades seven to twelve are taken by busses to a secondary school in Las Palmas. The nearest private school is in Soná, about 40 km from Finca Bayano. Universities are located in Panama City, David and Santiago. There is compulsory school attendance for nine years – six years at the primary school and the first three years of the secondary level. School fees are not existing, however, wearing uniforms is compulsory at all facilities. If one day we are well organized, we should consider to establish our own educational system at Finca Bayano. 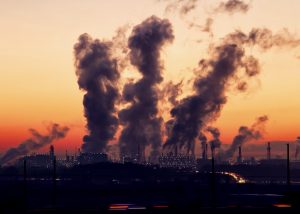 In relation to the collapse, however, there is a completely different question we have to ask: What is education? In Western countries, it is often associated with imagination. Namely with the opinion that the industrial society is a role model for all others. I believe, an opinion could hardly be any wronger: The industrial society in which you are living has enslaved itself and is well on the way to making this world uninhabitable. It needs unlimited growth to stay afloat, because if it wouldn’t be growing there wouldn’t be any more loans, and without loans there would be an immediate crash. Unlimited exploitation of all raw materials is also needed, which leads to unlimited pollution. Apparently, even unlimited education is needed, but as we are “so educated” today, the collapse is just around the corner. If we look at the development of human history, it becomes clear that the industrial society is still very young – only 200 years. If the crash comes as expected, it won’t be getting much older. It is therefore correct to conclude that the more people educated themselves in the course of their development, the more destructive they acted on this planet. In addition, there are countless people who consider themselves educated, but they do not have the slightest idea of how the system is working. Therefore, they cannot imagine what’s ahead for us and they are not preparing for the crash. Maybe it’s better that way, because there is not enough “Plan B” for everyone.

I do not mean to say that people should not be educated. But if you think that the highly developed society is at the end of a dead end road, you should draw conclusions from this. For all those who believe that things will continue as they have been for decades, there is of course no reason to change anything in their lives. If you come to this website to get an overview of what is offered at Finca Bayano, however, you are most likely in doubt about the future of the system you live in, and you are looking for a solution. So, you might ask yourself what you can do about your future and that of your family. Especially, when it comes to education.

In the conversations that I have with people who are interested in Finca Bayano, I very often understand that they hope to be able to live in Panama as they have done in the past decades. Honestly, that probably won’t be possible. Though I assume that we we will be much better off at Finca Bayano, after a crash, I am afraid that this event will have a worldwide impact, due to globalization. If you have a theoretical education and you are primarily working on your computer planning buildings or creating websites, if you are a teacher or you are marketing things that nobody really needs, you should start thinking about a change, unless you have an ace up your sleeve on the practical side. Certainly, theoretical professions will not be needed any longer after the collapse of the system – at least, the vast majority of these jobs will be eliminated. The fact that people prefer theoretical professions nowadays, is primarily related to income. Who wants to work with a shovel in the rain when work in front of the monitor makes a much better pay? 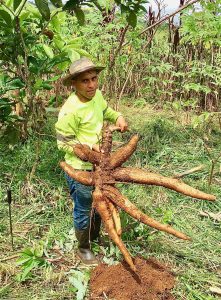 Once it becomes clear that we cannot print ourselves rich eternally, or borrow money from children we do not want to produce or educate, practical professions will regain importance. Eighty years ago, 60% of the population worked in agriculture. Today, only five percent of the population can feed seven billion people, thanks to a lot of chemicals and machinery. If either are no longer available, the entire population that will survive the collapse will have to work in agriculture – at least temporarily. Anyone who already does so today, as we do at Finca Bayano, will have advantages in the future. That is why I think that we should prepare ourselves concerning agriculture and post-crash survival in particular, as regards our education and that of our children. 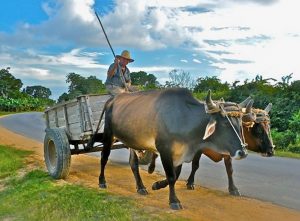 An agricultural society is the absolute opposite of an industrial society: People cultivate land and produce food under natural conditions. As an agricultural society cannot grow indefinitely, it does not need a demanding education. The members take care of their family and live on a low standard. Intensive work is needed, but the agricultural society has an essentially infinite lifespan. It could never feed seven billion people, but it could never destroy this planet. Industrial societies, on one hand, could potentially feed ten billion people, or even more. The question is, on the other hand, how long that many people could be fed and what would be left of the planet afterwards. This correlation makes clear that an industrial society is not sustainable.

Obviously, in the Last 200 Years Something Has Gone Wrong with Education!