The Calm Before The Storm 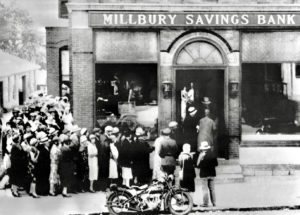 People who have not dealt with the subject of monetary debt in detail, may find it hard to understand how a system that seemed to work so well for decades is now reaching its limits. Those who are familiar with the context of our current system, on the other hand, have had two choices: either to lie to themselves or to face the bitter, yet revealing truth: It was clear from the start that the system was bound to collapse one day!

Generally, money comes into circulation through new debts and only with this “fresh” money can further investments be made and the interests of old loans be settled. Debts are created by banks out of thin air – meaning, that money is made out of nothing. As a result, banks should be fine, as they are receiving interest payments for money they had created out of nothing. However, due to extreme losses through speculation almost all financial institutions are bankrupt.

Moreover, nearly all large companies and states are bankrupt. While banks would be unable to repay their customers’ savings all at the same time, General Motors, Sony and others will never be able to repurchase all corporate bonds they have issued. The situation is similar with governments: They will never repay their debts. Instead, they are only paying interest, which is close to zero percent in countries with good debt-ratings.

If a ban on cash and negative interest rates were to be introduced, governments would even receive interest to borrow money. In fact, it is precisely these unnatural conditions which are serving as the basic preconditions necessary for keeping the system alive for a while longer. Another consequence of this unsustainable system is that Greece is required to pay higher interest rates, due to its poorer debt-rating. In reality, the vast majority of the loans taken by the Greek government are not needed to improve the people’s living conditions, but to pay the interest of government debts.

As history has shown, time and time again, debt-based economies must always collapse. If the resulting debts of such a financial system were to be neutralized by the values created, it would be a zero-sum game. However, since interest must be paid, almost all who have participated in the system are bankrupt. Only a small minority, the so-called “elites”, is benefitting from the system, as they collect the interest payments.

Thus, the question arises as to whether so-called “elites” will be happy when the game is finally over. 2,000 years ago, Rome was a city of around one million people, ten thousand of whom were described as elites. As the city’s population was reduced to a small fraction over the next three centuries, the number of elites declined more dramatically in relative terms, due to the collapse of the empire. In other words: There are no guarantees for anyone, after the crash!

Were a real balance sheet drawn up in the modern world, debt would be much higher than credit, especially in so-called Western countries. The richer a country seems to be, the poorer it really is, because its apparent wealth is financed by debt. If Europeans have lived lives of excess and luxury, thanks to extreme indebtedness over the last few decades, a real balance sheet would show that most African countries are, in fact, less indebted and therefore not as poor as European countries.

Detroit is living proof that my statement is not at all exaggerated. Since the population of that city has been reduced to one half, a massive number of properties have seen unbelievable reductions in value. The price of an average Detroit home has been a few hundred thousand dollars, 30 years ago, however, many houses are vacant today. They cannot be sold due to the lack of new borrowers taking new loans to buy these houses and many of them have to be demolished, giving these properties a “negative value” today.

This shows quite clearly that the valuation of real estate, and thus mortgage lending, cannot increase indefinitely. Likewise, it illustrates what happens when no “fresh” money is created: loans decrease, as crime increases!

One day, the valuation of all real estate will be affected in the same way, as an unimaginable amount of debts will be matched by zero values. “No-Go-Areas” of will be among the first areas affected. The demographic development of the population plays a decisive role in this process: the older people become, the less money they spend and the fewer children a society has, the less investments they are forced to make which will make the system collapse, eventually. 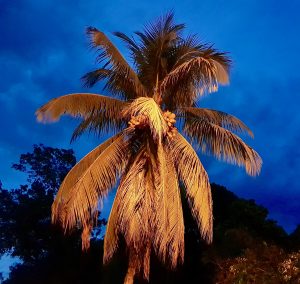 In order to facilitate further loans and reduce costs at the same time, a negative interest rate will be needed, particularly with regard to government debt, nonetheless, such measures may only be enforced in conjunction with the abolition of cash. From a mathematical point of view, after paying your rent and other monthly bills, about a quarter of your money is left sitting in your account. As long as there is still cash, negative interest rates can be avoided by storing money under your pillow. Once cash has been banned, however, balances will be charged with interest. Since negative interest rates are unlikely to be feasible for the long-term, it is realistic to assume that the system will collapse around the year 2022.

If there are three years left until this collapse, we will have enough time to plant crops over the entire area of Finca Bayano and fertilize the entire area with natural humus, in order to ensure that good yields can be expected in the following years. During this time, all the fencing inside Finca Bayano will be completed to divide the land into smaller plots, where dogs will provide safety. In addition, all paths, further river crossings, and all houses can be built. Most importantly, three dams will be built in order to ensure that we will always have enough water, both for ourselves, as well as for making fish available as food, for sale, or for exchange. The entire area of Finca Bayano will have electricity in 2022, which will be fed from the public grid, from solar power, and from generators. Water pipes will be laid on all plots, water reservoirs will be built on higher plots and additional wells will be drilled in deeper locations.

In short, everything we can do to prepare ourselves for the storm is being done. While natural storms of past millennia, such as the plague in the Middle Ages, had helped to strengthen humanity, man-made storms of the last few centuries – most especially, since the foundation of the FED – have helped to enslave and destroy us.

If you have been able to build up reserves over the years, then you should not rest in the calm before the storm. Instead, concentrate on securing the reserves you have built. Now! If your property is worth less than the registered debts because a refugee home is being built around the corner, it’s too late.