Emigrate While You Still Can 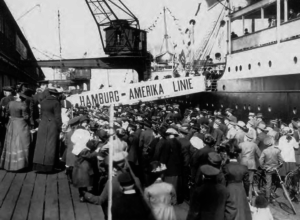 Germans were leaving in big numbers for America.

In recent decades, most emigrants left their homes either for economic reasons or for the desire to live in a warmer climate. My reasons for leaving were quite different – I left Europe for the fear of a crash. It was difficult for me to part with my business, which I ran successfully for 19 years. But when I look at Europe today and see the many “No-Go-Areas”, among many other negative developments, I say to myself: “You made the right decision”! Leaving Berlin in 2009 may seem early today, but it is better to leave a few years too early than a single day too late. Talking to friends about a future crash, at that time, was a lost cause, as they either made a mockery of my plans or they said that they were worried about me. Today, I am worried about my friends, as talking to them about that topic is still quite a futile effort, and I fear that none of them are going to emigrate. Not only do they lack any substantial savings, but something even more crucial – the ability and willingness to assess our situation realistically.

Most of the Greeks, who had sufficient funds a few years ago, can no longer emigrate today. While the impoverishment once started at what seemed to be a mere crawl, it is now galloping at an ever-increasing speed. The standard of living is falling dramatically, crime is rising, birth rates are falling, and suicide rates are climbing higher and higher. Though we had no influence on where we were born, we should be able to choose where we want to live. Most of the Greeks can’t do that anymore. It is already too late for them to emigrate. This is true for many other European countries nowadays. 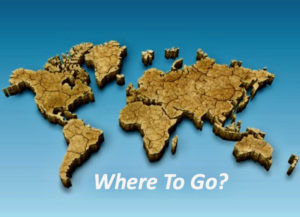 The situation was similar in Germany during the 1930s: many of those who were informed left the country if they had the opportunity to do so. Some of those who stayed were arrested and taken into concentration camps; many others died in the war. The rest of the people were condemned to rebuild a destroyed country, which took them no shorter than two decades. It was very bad that the people by then followed “their” government into the destruction. Today, it is even worse to follow, because what wasn’t in the script 80 years ago is in preparation today: The complete annihilation of Europe!

The blatant lie that the continent must accept an infinite number of immigrants from third-world countries in order to counteract the negative demographic development is sufficient evidence in support of this plan being the reality. If native Europeans’ hard-earned tax dollars, currently being allocated to unemployed so-called “refugees”, were instead made available to European families, there would be considerably more European children and therefore no age-demographic problems. Instead, billions and billions of euros will continue to be invested in destabilizing countries such as Libya and Syria in order to artificially generate millions of refugees. In reality, this artificial migration is nothing less than a deliberately planned and executed war against Europe.

As even small European villages are being flooded with refugees, even the most conservative people will eventually understand what the consequences of such a policy will invariably be. The assumption that up-country Europe is safer than the city is thus invalid, and therefore it is also futile to attempt prepare for the collapse of the system in the countryside. Even if there were to be neither a war nor a crash in Europe in the near future, there would still soon be a Muslim majority in many parts of Europe.

The most frightening part is the defense situation. In the 1990s there were 800,000 births per year in Germany. Statistically speaking, that’s 400,000 boys. From a realistic point of view, nowadays, there are, per year, on average, some 250,000 German men fit for defending the country. Whereas in 2015, two million refugees from Africa and Asia – mainly young men – arrived in Germany. That’s eight time the number of German men who are able to defend Germany. Roughly the same situation, or worse, applies to Great Britain and France. For this reason, I believe, it takes more courage to remain in Europe than to emigrate. 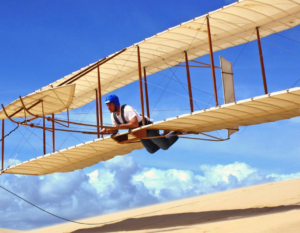 If you decide to buy land at Finca Bayano, you should also consider moving to Panama. It would be a pity if you missed the last flight before the crash because for some reason you were not able to book a flight in time. No one can tell you when the last plane will roll on the runway, however, once capital controls are introduced and travel restrictions are imposed, it is too late to leave Europe. Missing a flight is very unpleasant – missing the last flight may be fatal! But it’s not just about the last flight; it’s also about the last residence permit, as no country in the world will accept unlimited numbers of European refugees.

Anyone who doesn’t believe that there will be a future mass emigration of Europeans likely also did not believe that the mass immigration of 2015 would occur. Even if only a mere one per cent of Europeans decide to emigrate, things will start to become tight. This development is not yet foreseeable, but it can begin at any time and will become the largest wave of emigration that the continent has ever seen. When such a time comes, you will be thankful to have setup your “Plan B” ahead of time, when you had the time to do so.

Unfortunately, there exists another obstacle. There are many people who would like to emigrate, but can’t, since their family members think differently. Very often it’s adolescents who do not wish to emigrate. It’s difficult for them to come to terms with the idea of abandoning their friends and their home, as youthful optimism hardly leaves any space in the imagination for a total collapse of the Western World. On the other hand, you are lucky if your spouse shares your opinion, as that is quite often not the case. If it is the case, however, I recommend taking initiative to setup your “Plan B” yourself. There is no need for separation over such issue, but there’s little harm in having a “Plan B” at your disposal, regardless. So far, two people have bought land at Finca Bayano, even though their spouses are not so fond of the idea. On day X, however, the rest of their family will be very grateful should a “Plan B” be readily available. Only in tropical countries is it possible to produce food all year round.