Country Of My Choice

I my opinion, Europe – the Canary Islands included – is not a suitable location for a project such as Finca Bayano. Asia, from the Middle East to the Far East, is a ticking time bomb, and South-East Asia is vastly overpopulated. There are tough chances of immigration to Australia, and foreigners are no longer allowed to acquire land in New Zealand. Canada is too cold, the USA is not an issue, and Africa is too dangerous. Furthermore, the Pacific and Caribbean islands are too small and too expensive. 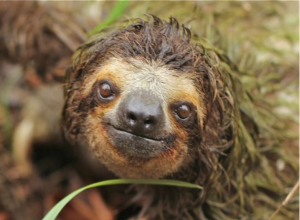 We helped this incredibly slow sloth across the road.

For these reasons, only Chile, Paraguay, Uruguay, Costa Rica and Panama remained on my list after narrowing down my options as to where to start this project. As far as Chile is concerned, only Southern Chile would have been eligible for my project, as in the Northern regions lie a barren desert. In Southern Chile, however, food cannot be produced during the cold season. In Paraguay, land is cheaper than in Panama and it is easier to get a residence permit, but apart from the fact that I found the country to be extremely corrupt, I did not feel very welcome as a European. In Uruguay, there is no longer any forest; instead, the pasture land is greatly contaminated with chemicals. Furthermore, as in Chile, it is not possible to produce food outdoors year-round. Costa Rica is a very beautiful country, and is comparable to Panama in many respects, but approving a project like Finca Bayano would be disproportionately expensive. For us, Costa Rica serves as a buffer to Nicaragua, which in the past was, politically, very unstable.

As a matter of fact, countries with high populations of Indios are very unwelcoming to white people. This includes Paraguay in particular. I don’t want to give the impression that I have problems with people of other races – we are foreigners in Panama, too, however, since Indios do not really like whites, tensions may easily arise one day. I have often been told by Indios that we white people are the descendants of the Spaniards and therefore bear the responsibility for their crimes. One can imagine the consequences of this situation for white people residing in countries with Indio majorities during the time of a crash. For that reason, I feel better in Panama, where the Indios account for only five per cent of the total population. 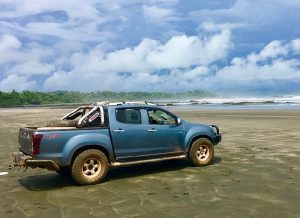 In the end I chose Panama, a country far away from political problem areas. In such uncertain times I wanted to describe my new home as safe where terrorist attacks should be unlikely. Moreover, it was imperative that the country of my choice should not be densely populated. It should not have fought wars, and relations with neighboring countries should be good. There should be no ethnic conflicts, nor should there be any nuclear facilities nearby. It goes without saying that this country must meet good climatic conditions. For me, Panama is the only country that meets all these conditions. Here it is easy to obtain a residence and work permit and foreigners can purchase land without any problems. 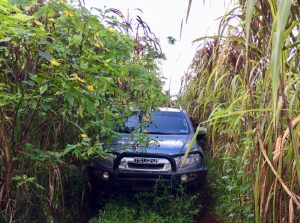 Since food can also be produced year-round in all tropical countries of Latin America, wars over land and water, along with the migration of peoples, are unlikely in the event of a crisis. Even the failure of pesticides and fertilizers can be compensated in the medium-term, as there is ample land available for the production of organic food. It is also crucial that Panama is an agricultural country in which there are no natural resources that could be the cause of an invasion of other armies.

The fact that the US dollar is the currency in Panama is a major advantage, as all other currencies are likely to become worthless. Counter-arguments, such as “the canal” and the proximity of the USA are therefore of secondary importance to me. I do not expect a war to take place on the American continent. Nevertheless, it must be said that Panama is not paradise on earth. The country, like the rest of the American continent, remained unscathed during the Second World War, however, there is no guarantee that worldwide conflicts – especially in the view of globalization – will pass Panama without a trace. In the event of a crisis, the Canal business, the banks and the property market – which is mainly financed by foreigners – would be particularly hit hard. After weighing the pros and cons of all the options I had been considering, it became clear to me before long that Panama was the right choice.

At the end of the day, there are no guarantees anywhere…
… but Panama is the best alternative!