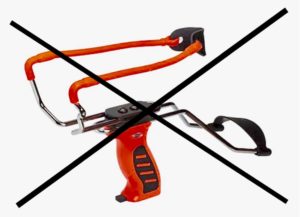 There is a lot to read on the Internet about how to prepare for the collapse of the system, but almost all the information on this subject is useless. There are depictions of cruel horror scenarios with the destruction of all life, but usually the crash is played down to promote the sale of useless survival equipment and the marketing of strategies how to organize you asset portfolio. It is sometimes suggested that, after the game is over, there would be a shortage of supplies for only a few months and that life would then continue as it did before. Ultimately, the operators of so-called survival websites are also depending on the sales and, for that reason, adjust to what their customers want to read and buy. For example, they are telling us that we should store a water filter to ensure that we always have access to clean drinking water in troubled times. But what do we do with it if we can’t leave the house to get water which needs to be filtered? Someone else is recommending to stock canned food. But how long can I eat from the can without suffering from deficiency symptoms? What’s the use of CS-gas, after all,  if there’s a horde of hungry people outside my house? Why do I need an ABC protective suit plus a full-face mask for more than 1,000 dollars per person, if I cannot measure the pollution of the environment? When it comes to the past, we are talking openly about wars and crises, since it was our ancestors who suffered, we were not affected. When it comes to the future, however, most of the people lie to themselves as the likely scenario of a crash, and the probability that survival in the Western World will be almost impossible, do not fit into the world view of modern human beings. No, it doesn’t work that way!

A crossbow is suitable for hunting, but cannot be considered an alternative to a firearm in terms of defense. It’s too big and it’s too complicated to reload. A well would be a good alternative, but who can drill one? If you google “the most important articles to survive a crash”, you are advised to buy Bitcoin, to rethink the strategy of your stock portfolio, to store slingshots with ammunition and… of course, a Bible should not be missing in the emergency backpack. Last but not least, there are also reasonable recommendations such as organizing a defence group. But let’s be realistic: how many of your family members can you talk to about the preparation for a crash, without being looked at like a fool. How many of your friends are open to that issue? No, it doesn’t work that way!

Let’s not kid ourselves! As soon as things are getting tough, even most of those who have prepared themselves will fail. Just imagine that your family – children included – would have to put on their ABC suits because of some kind of pollution of the air. Either, this exercise has already been practiced regularly in the times before the crash – which will make children suffer from nightmares – or it is not practicable in the case of an emergency. Imagine also, a group of starving people manage to enter your house. You may have grated your windows and reinforced your doors, but everything that has been made by man can be destroyed by man. So, they invade your home and even if they are not aware whether you have supplies, or not, they will suspect you do, because they also have an inborn need to survive. Possibly, they have not prepared for the crash or they have run out of supplies, but by any means, they need to eat and they have come for your food. The fact that you’re still alive, is a clue to them that they can get hold of something in your house. For that reason, they will ask you where you have hidden your supplies. And since they have come in by force, they certainly will use force to get your food. No, it doesn’t work that way!

First and foremost, it’s the mass media that ensure that no one “does the wrong thing” and prepares for a crash. The more you lie to yourself, the easier life is and preparation is not required where there is no crisis. Young people have the least interest in getting informed. Even if they are about to understand that their future will not be as bright as it was for the past generations, the absolute majority of young people have not the slightest interest in knowing what most probably is to expect them, although they will be the ones who will suffer the most. Only a fraction of the population is concerned about the future and only a fraction of that fraction is getting prepared. But even this tiny minority is not prepared if they do not prepare where it should. No, it doesn’t work that way!

Assuming that the crash will last years, or decades maybe, it makes no sense to prepare for it in a city, because storing food and other necessities over such a long period of time is completely impossible. In this regard, it’s ridiculous when manufacturers of survival equipment sell useless survival kits to unsuspecting readers through the internet. It’s worse even to advise people to set up a balcony garden, telling them that only ten square feet (one square meter) are needed to produce enough vegetables for one person. Reading such recommendations always sends cold shivers down my spine. Apart from numerous other useless suggestions concerning survival in the cities, there are many counter-arguments regarding densely populated areas:

As a result, the only alternative is to prepare in the countryside, however, not in areas which are densely populated because of the short distances. The more people are close to you the higher is the likelihood that they are coming to visit you to steal your supplies. The potato war of 1923, in Germany, sends its regards:

No, it doesn’t work that way!

But that’s the way it’s going to work: Once you have a residence permit in Panama, you can apply to carry a firearm. To store certain amount of tools, medicine and fuel will give us another sense of security. Otherwise, life must go on as it is today. Instead of hiding in a bunker and hoarding canned goods, we have to deal with the realization of projects that are not only in our interest, but also in the interest of the local population and could not be realized without our help, or are easier to realize together with us. This primarily includes the cultivation of food and the production of consumer goods for everyday use. Yes, that’s the way it’s gonna work!

If you feel you have to panic, panic first!