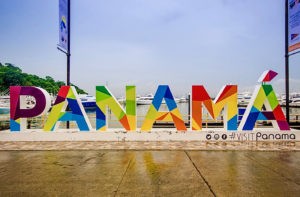 Whoever wants to emigrate to Panama should have no problems with European summers. At Finca Bayano, 500 meters above sea level, the temperature rarely rises above 35°C, which is 95°F. Only during the dry season, from the beginning of January to the end of April, we at times experience a number of real hot days. During these months the sky is almost always blue and at night it’s starry. The rainy season, from the beginning of May to the end of the year, is comparable to a rainy July in Central Europe and the dry season is equivalent to a hot, dry Central European summer month. The night temperature is ideal throughout the year. During the dry season, the temperature usually moves at night slightly above 20°C, during the rainy season it is somewhat cooler. It takes time to get used to the fact that the days in December are almost as long as in June because of the location close to the equator. At the end of December the sun rises at 630 AM and it sets at 620 PM  – by the end of June the sunrise is already around 600 AM and the sunset is around 640 PM. From May onwards, there is considerable precipitation and from July onwards the sky will often be cloudy. Therefore, the second half of the year is the more pleasant for emigrants with light skin. On this map you can see what the weather is like at Finca Bayano. Garnadera is located between Soná and Llano Tugrí.

If you want to rent a car, you should be accustomed to the big city, so that you don’t find the traffic to be too big a challenge. Prices for rental cars are comparable to those in Western Countries. The Panamanian driving style is a bit difficult to get used to. Accidents are therefore relatively frequent, but they are usually limited to sheet metal damage within the city due to the low average speed. Outside town, you should drive slightly slower than the others, as there are many speed controls. However, you can get to almost every small town in Panama by bus or minibus. The following providers are available to book accommodation: booking.com, airbnb.com, vrbo.com and ofertasimple.com. “Ofertasimple” offers not only accommodation but also restaurants, massages and events.

The oldest part of Panama City is Panama Viejo, which was originally founded in 1517. Today, only picturesque ruins of this part of the city, built by the Spaniards on the Pacific coast of America, remain. The riches that the Spaniards plundered from the Inca Empire in Peru were brought here by ship and then transported by mule across Panama to the port city of Portobelo on the Atlantic coast. From there they were shipped to Spain. Panama Viejo was burnt down in 1671. Casco Viejo, Panama City’s old town, was built from 1672 and has been lovingly restored since the 1990s, with buildings that were largely neglected and almost completely destroyed. Attractions include 17th century churches, monasteries and stately 18th and 19th century buildings that reflect the long history of Panama City as a hub. From Casco Viejo you can enjoy a panoramic view of the sea and the new town.

The modern Panama City is called the “Hub of the Americas”. According to the Panamanians, the American continent is divided by the canal into North and South America. Panama City is in South America, according to this theory, whereas Finca Bayano is in North America. The capital, by many regarded as a miracle of technology and brilliant achievement of Latin-American development, is just another Moloch. The buildings are often so close together that on the 40th floor curtains are still needed and a parking for a car is difficult to find. Permanent traffic jams ensure that the air is extremely polluted and if you’re not used to the smell of the city you feel like wearing a respirator mask. Extreme economic growth up to 2015 and poor urban planning are responsible for this. Bus lanes are just being introduced and the second subway line is under construction. The most interesting places in Panama City are listed below: 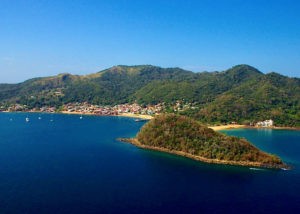 From the peninsula of Amador, ferries take day trippers to the island of Taboga, also known as the “Flower Island”. The crossing to the island which is located about twenty kilometers from Panama City takes about one hour. It is 12 km² in size and has about 1,000 inhabitants. Half of the island belongs to the game reserve “Refugio de Vida Silvestre Islas Taboga y Urabá” and has a diverse birdlife. From January to June, pelicans can be admired and, from August to October, whales come here. The name Taboga is derived from the indigenous word “aboga”, which means “a lot of fish”. The village of San Pedro was founded in 1524 by Padre Hernando de Luque. The church, Iglesia San Pedro, is considered to be the second oldest church in the Western hemisphere. In the 17th century the island became a popular hideaway for pirates. After the pirate Henry Morgan destroyed Panama la Vieja in 1671, he sent his men to Taboga to rob the island and burn it down. In 1998, one thousand silver coins from the 17th century were found during the construction of a hospital. 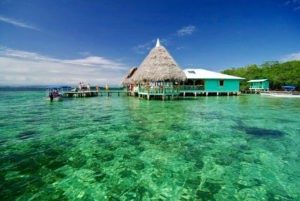 The Pearl Islands, an archipelago of 227 islands, can also be reached by ferry from Panama City. The islands have an area of around 332 square kilometers. Isla del Rey, Isla de San José and Isla Pedro Gonzalez are the largest islands. Many of the other islands are uninhabited and often less than one square kilometer in size. There is a diverse flora and fauna typical of the rainforest, and the fishing grounds around the islands are considered to be rich in species. On the larger islands there is a well-developed tourism infrastructure, especially for divers. The name “Pearl Islands” originates from the Indians living there in the past, who dived for pearl shells to trade them. Isla Contadora is the most popular pearl island with only 253 inhabitants. 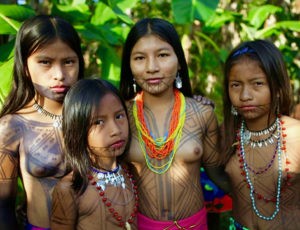 If you want to travel to the province of Darién in eastern Panama, you should contact the travel agency http://www.traveldarienpanama.com  which is one of the few websites on which trips to an indigenous village of the Emberá tribe near Sambu is offered. With a bit of luck you are the only tourist in the village. As this video shows, this tribe lives almost naturally, however, the Indians also benefit from tourism. Although they use cooking pots and they have access to modern medicine, they are much more connected to nature than we are and it is interesting to see that these people are relatively happy with a relatively modest life. Their fall height is much lower and therefore they will have far fewer problems with the crash than most other people. At the Emberá village north of Panama City, on the Rio Chagres, there are certainly more tourists, as hourly trips are being offered. Of course, they are not as natural. 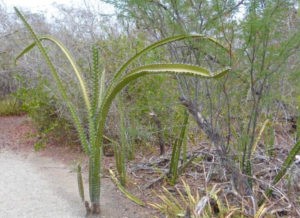 Most of the tourist attractions are located west of Panama City. The only continuous road is the Pan-American Highway, Carretera Panamericana, from the village of Yaviza in Darién to the border with Costa Rica, and from there on to Alaska. From Panama City, El Valle de Antón is the next interesting town, situated in the crater valley of an extinct volcano. There are the worthwhile destinations: “El Nispero” zoo and botanical garden, the butterfly house “El Mariposario”, the orchid centre “Aprovaca Orquídeas”, the art and vegetable market and the waterfalls. Near Chitré on the peninsula of Azuero, Peninsula Azuero, there is a small desert of cacti on a dry lake, southwest of the Sarigua National Park, which is really untypical for Panama.

The carnival stronghold in Panama is further south in Las Tablas. The carnival season is also the only time of year when it is advisable to make a reservation for accommodation, during the rest of the year it’s always easy to find a place to stay. South of Las Tablas, there are several beautiful beaches in Pedasí and Playa Venao. Further north, near the village of Las Minas, there is the “Centro ANAM Reserva Forestal El Montuoso” nature reserve with lonely hiking trails through the jungle. 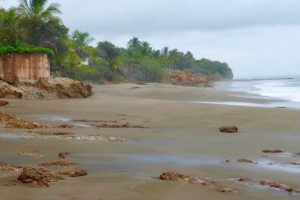 From Santiago, the provincial capital of Veraguas, you can reach two interesting places. The first is the surfing paradise Santa Catalina, south of Soná. The second is the mountain town of Santa Fé, north of Santiago, where there are many hiking trails. Further to the west, near Las Lajas you can find miles of beach, which are deserted, at least during the week. North of the Pan-American Highway, an asphalted road leads into the indigenous Comarca Ngöbe-Buglé area at an altitude of almost 2,000 meters above sea level. If it is around 35°C in Las Lajas during the day, then in the Comarca the temperature felt is twenty degrees lower. Here you can admire a beautiful mountain landscape. A similarly beautiful beach as in Las Lajas is located southwest of David, Playa La Barqueta. In the mountains north of David lies the city of Boquete, which is particularly favoured by US pensionersas a retirement home because of its mild climate. The following goals are worth mentioning there:

The towns of Volcán and Cerro Punta are situated further west at a similar altitude.  Here you have access to the international park La Amistad, Parque Nacional La Amistad. Since the park is very extensive, a guided tour is recommended.

Contrary to the neighboring Costa Rica, tourism is not adequately promoted and therefore, outside Panama, besides the canal, not much is known about the country. Furthermore, there are the “Panama papers”, which became known in connection with the term “tax haven” and the Panama hats, which originate from Ecuador. The name was only derived because a trade route originally led via Panama. The markets offer two different types of hats: the “Sombreros Ocueño” from the small town of Ocú and the “Sombreros Pintaoin” from La Pintada.

Last but not least, there is Rubén Blades who is famous for salsa music. As in most songs, the lyrics are not necessarily what critical contemporaries like to hear, but the music is quite good. Otherwise, what he said fits very well into the Finca Bayano concept:”I think we risk becoming the best informed society that has ever died of ignorance”! Here you can find some of his songs:

Rubén Blades: “I think we risk becoming the best informed society that has ever died of ignorance”![/vc_column_text][/vc_column][/vc_row]