Which Part Of The World Is Going To Be Hit Hardest By The Crash? 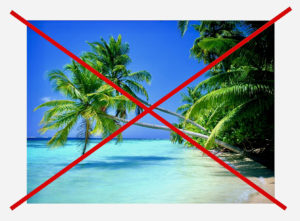 Emigrating to the Philippines might not be a good idea.

The hardest hit areas will most likely be the ones 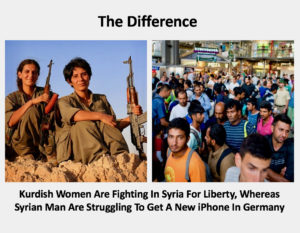 I believe that Europe and the United States must be mentioned first in this context, because that’s where the effects of the crash will be felt the hardest. The standard of living is extremely high and therefore, the fall from such extreme heights will occur quickly, once the game is over. The bigger the height of the fall, the harder will it be for the people to adjust and adapt – just a simple equation. It is likely that this equation would work inversely, as well: The higher the height of fall, the less survivors there will be after a crash.

Food, heating materials and all other basic commodities will be available in much smaller quantities after the crash, however, the amount of people in need of these things remains the same – at least for a short time period of time directly following the crash. Very soon after the population will rapidly decrease. The resulting struggle for resources will simply lead to a “survival of the fittest” scenario. Whatever it is that the eventual cause of “game over” may be – be it a volcanic eruption or a terrorist attack – will be quickly followed by a rapid close-down of the banks and civil wars, in which there can be no winners. In the USA, this means first and foremost black versus white. In Europe it means everyone against everyone. After all, “Divide and Conquer” has been working more effectively than ever.

As far as Asia is concerned, Northern Asia is very cold and therefore sparsely populated. For this reason, it can be assumed that the crash will not have nearly as dramatic an impact in this part of the continent as is to be expected in South and Southeast Asia, where about two-thirds of the world’s population live. These regions will probably experience even greater distortions than in Europe and the USA. Even today, many regions in Asia are unable to feed themselves.

In the case that, after a crash, food will have to be produced organically due to lack of synthetic fertilizer, the output perhaps may be enough to feed half a billion people – one tenth of Asia’s population. Welcome to the New World Order! If there was a famine today, there would be considerable issues, even if only one million people are affected.

Furthermore, one can hardly imagine the chaos that would ensue should one billion people in India or China be affected by such misfortunes. Due to the enormous demand for food and the resulting extreme water consumption, the groundwater table has lowered considerably, primarily due to the constant overexploitation of wells. In many regions of South and Southeast Asia, serious bottlenecks in the supply of water may be expected before a crash occurs. 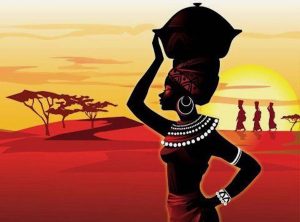 The black woman with the water tank on her head is known. In her village, she will probably get water even after the crash.

Considering the facts, an issue of water shortage is likely to hit the Middle East especially hard. Though there are already many problems there, in many places there is neither enough food nor enough water.

The African continent – including the Republic of South Africa – is also a poor fit for people who want to escape from a crash in the “civilized world”. There are many areas where we can already get a glimpse of what the Western World could look like after the crash, in villages without running water, electricity, asphalted roads, telephone, and Internet. In other words, Africa’s rural areas are the opposite of Europe, because they have extremely low heights to fall from. Therefore, after the game is over, it will be easier for residents of such areas to adapt to even more modest living conditions.

Whereas indigenous people, in the few remaining primeval forests of sparsely populated areas, may not perceive a crash until they intend to go for a journey, realizing that there is no bus, the situation in African cities will be very different.

Even though the height of fall in densely populated areas of Africa will be incomparable with that of Europe, the extreme willingness of Africans to resort to violence means a greater frequency of dramatic scenes in Africa than in other parts of the world. Whereas the butchers of the modern era, such as Idi Amin Dada, took years to murder hundreds of thousands of people, it is quite possible that such death tolls may be reached on a daily basis, after a collapse, in cities such as Lagos or Nairobi. Unfortunately, the willingness to use violence continues to be imported into Europe at an ever-increasing rate. 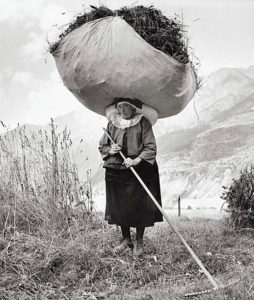 The white woman with luggage on her head is not too familiar.

Today, the fact that white people, not so long ago, were transporting objects on their heads is likely to be met with laughter. The fun is over, however, if you have to carry your things on your own. The less favorable the conditions, the further you have will have to walk to retrieve such items. In Africa, people often have to walk kilometers to the nearest waterhole. In Europe, if you are still alive by then, you will have to accept the fact that you have to work very hard after the crash in order to survive, if you don’t want to emigrate. There will be no 35-hour work weeks, and no holidays. Otherwise, you may consider yourself lucky if you manage to carry your belongings to the place where they are needed. At Finca Bayano you will also have to work more than 35 hours each week, however, you will neither starve nor freeze to death. 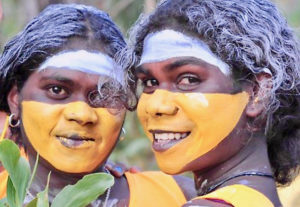 Australia and New Zealand will probably be less affected by the crash. Even if problems will arise in the cities – as everywhere in the world – both countries are extremely sparsely populated and have large reserves in the countryside. It remains to be seen whether “civilized Australians” will easily adapt to the Aboriginal way of life and whether New Zealanders will learn something from the Maoris. At least, the few indigenous people who still live naturally today can teach them that it is possible to do without “counterfeit money”. While it has always been a little more complicated for foreigners to gain a foothold in these countries, immigrants have not been allowed to buy land in New Zealand since 2017. In Australia, a law to this effect may be passed soon.

Question: Which Part of The World Will Be Hit The Hardest?
Answer: Not Panama!