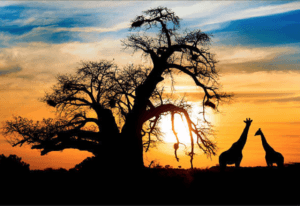 In South Africa, people are being burned alive. Whoever calls up these videos should be warned: It is not about bedtime stories! The stripes are real and the fact that such atrocities can be seen on the net suggests that imitation is recommended.

The victims – perhaps coming from another tribe or stealing bread – are innocent scapegoats who serve as a substitute for the satisfaction of an incapable society such as Roman gladiators. They are tied up, a car tire filled with gasoline is put around them and set alight. To prolong the suffering as much as possible, a minimum amount of petrol is used, which only serves to make the tyre burn. “Necklacing” is a nice expression for an agonizing death that occurs after 20 to 30 minutes. In Soweto I was told how death can be brought about more quickly:”Inhale the vapours of the burning rubber deeply and quickly”! Winnie Mandela, wife of Nelson Mandela, said in 1986:”With our collars we will free the country from apartheid”. Outside South Africa, this statement is virtually unknown. It is likely that this medieval method of execution will be available as long as tires and gasoline are available. After that, these people are sure to come up with something else.

Looking at South Africa today, the question arises as to what extent liberation can be called at all. The country could hardly have developed more negatively. And because so many Africans are moving northwards, it cannot be ruled out that Necklacing, as a supplement to Sharia law, will also find its way into Europe; similar to the burns in the marketplaces hundreds of years ago. If I’d written that ten years ago, I’d have been called a conspiracy theorist.

A Nigerian poured petrol on his separated wife in Kiel on the open road and set her on fire. After she managed to rip her clothes off, he set them on fire a second time. The body burned so badly that it was immediately impossible to tell whether it was a man or a woman. At the moment, lighting up homeless people seems to be in fashion. If rape is more or less tolerated, it is to be expected that in the foreseeable future there will also be public burns.

In 1994, 5.5 million of the South African population were white, 25 million were black. Today, the official ratio is 4.5 million to 57 million. White people who had the possibility to leave the country have left a long time ago, whereas black people from other African countries are coming in by the millions. Many white people would still emigrate, but for economic reasons it is no longer possible. If you want to get out today, it is difficult to find a buyer for house and farm, because the real estate market is developing very badly, especially in the countryside. There are not many immigrants and black people are hardly considered as buyers. White people who still own real estate today could soon be without property. The majority of blacks are poor and many assume that white people’s lands will be given to them after expropriations without compensation. In addition, there is the negative development of the South African currency for emigrants.

The murders on the farms in rural areas are even covered by the left-wing medium of lies, Wikipedia. According to other reports, about 70,000 white people have been killed in “modern South Africa” since 1994, the year apartheid was abolished. Anyone who assumed that South Africa had learned from the expropriation of white farmers in neighbouring Zimbabwe was mistaken. Although it is quite obvious that Mugabe’s policy is bringing about the absolute collapse of Zimbabwe, South Africa – government and the majority of the population – is willing to follow the same path.

According to a 2015 report, South Africa is the only country on the continent that can provide for itself. However, in view of the fact that there have been power outages for years, self-sufficiency must be called into question in the foreseeable future. Eventually, if there is a crash, torture, expulsion, enslavement and murder will be the order of the day. Even Frederik Willem de Klerk – the last white president of South Africa – said he understood: According to this optimist, the white minority will disappear in a few decades’ time. Let’s talk about this in a few years.

Unofficial voices assume that about 30% of all people in South Africa are foreigners and that the population is in reality already over 65 million. Bordering Namibia, Botswana and in particular Zimbabwe and Mozambique, 4,000 kilometres from the border are difficult to guard but easy to cross. Too many come from other countries to cut off a piece of the cake. This explains the xenophobia, which has often been the cause of public burns of alleged criminals.

On 8 January 2012, Jacob Zuma – the President of South Africa – sang at an ANC rally in Bloemfontein, where he would hunt and kill whites with the machine gun. The audience were enthusiastic and danced with their boss. If white texts, similar to those written by Jacob Zuma, at best are called right-wing radicals by other whites. What the President of South Africa has sung, however, is not an issue in European quality media and is therefore hardly known in the “free world”.

As far as the church is concerned, child abuse is also a good thing in South Africa. They believe that paedophilia is not a crime, but a disease. Unfortunately, this view is very widespread in the church and there seems to be no cure. South African children are rented, sold, tortured, enslaved, killed and disposed of; trade in organs is the order of the day. It is probably only a matter of time before child soldiers are also deployed in South Africa.

It is disgusting that HIV sufferers still believe that rape of young children cures their illness today: The number of child abuse cases in South Africa is the highest in the world – 3,000 cases per day! This ritual has been around for over 20 years: The younger the children who are raped by AIDS patients – according to the assumption of the “patients” – the more likely they are to recover. Therefore, a newborn is the best choice! If the baby is still white, the cure is certain… Enjoy your meal!

I took this comment from an article about South Africa. Quote:”One in four South Africans is a rapist,” as revealed a study by the Medical Research Council. “The majority of the black offenders are HIV-positive and their victims must therefore fear to be infected with AIDS! How did this happen? How has South Africa changed in two decades? Answer: It is cultural Marxism, political correctness, that holds us whites in a stranglehold on us all over the world and literally abandons our biologically predetermined urge to survive. Blacks are racists through the bank, who “kill, burn, shoot or otherwise murder” others without remorse. End quote.

I still believe that there is some sort of experiment going on in South Africa. Similar to Cuba with so-called socialism and India with the temporary reduction of cash. We want to find out what can be expected of people. We experience the results bit by bit; in South Africa since 1994, in Cuba for 56 years. Whether we can assume that a kind of experiment is also going on in Europe lies in the eye of the beholder.

What is happening today in South Africa will happen tomorrow in Europe!